Fortunately, senior executive fraud is fairly uncommon.  When fraud involving executives does happen, however, it tends to be extensive and very damaging to the reputation of a company.  The Pilot Flying J fraud case has just started, and it’s a great reminder that no job title is exempt from the possibility of unethical behavior. 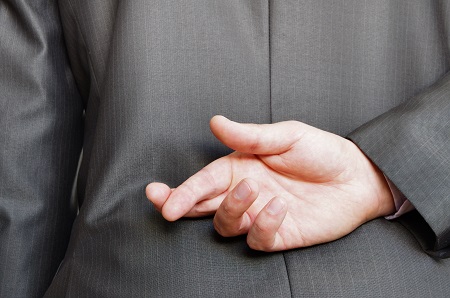 This was a particularly evil fraud scheme, because it targeted minorities and preyed on their poor language skills.  Pilot Flying J Truck Centers often provide fuel rebates to trucking companies large and small in exchange for using their gas stations.  In this case, the Pilot sales representative would target Hispanics who owned trucking companies and offer a rebate of a larger amount than they actually provided the drivers.  They then skimmed the difference into their own bank accounts, even going as far as creating a separate set of books.  The program, known internally as “Manuel”, relied in part on the drivers assuming they didn’t understand what they had been originally promised rather than knowing they had been cheated.

This fraud scheme was extensive – because it was being run by the company’s Vice President of Sales, who has since pleaded guilty.  In fact, the President of the company has been indicted and is currently facing trial.

Unfortunately, Pilot didn’t catch this before the government did.  The federal investigation even involved FBI informants wearing a wire.  All told, 18 employees have either plead guilty or are currently facing trial, and the company has paid $177 million in fines and settlements so far.

If your company faced a similar situation, how confident are you that you might hear about it before it was reported to the government?  Just as importantly, do you have a process in place to investigate senior executives at your company?  Are you confident that the process would yield answers your team would be confident in, without retaliation taken on the investigators?  If not, the Society for Human Resource Management has a few tips on how to conduct investigations involving senior executives.  It’s worth your time to build a process to protect your company from senior executive fraud – it will likely be a decade or more before Flying J’s reputation recovers from this corruption, if it does at all.

To learn about CMTS:HR and how it can help your company protect its reputation and build consistent investigative processes, call us at 919-600-5102 or email us at Team_CMTS@WingSwept.com.