It’s been a rough year for unethical executives at retail companies.

LuluLemon’s CEO Laurent Potdevin resigned on February 5th because the company said he “fell short of standards of conduct”. Barnes and Noble fired its CEO Demos Parneros on July 5th, because of a ‘violation of company policies”. 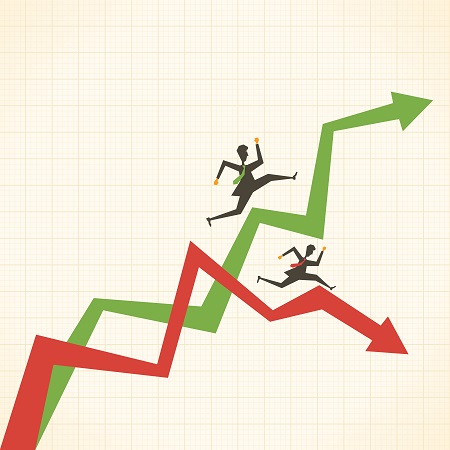 Replacing employees in this environment is difficult, but retail companies continue to remove any employees who commit serious legal or ethical violations – including the senior-most executives at the companies.  That’s because the impacts of ignoring their behavior are so much worse.  Consider these examples of companies that didn’t get rid of bad actors.

After years of illegally creating accounts customers didn’t ask for and stealing their money, Wells Fargo was banned from growing by the Federal Reserve.  The ban cannot be lifted until October at the earliest, and its stock is down 14% since January.

CBS’s board decided to keep Les Moonves in place just days after he was accused of sexual misconduct with six different women in late July.  The stock is down 9% since then.

LuluLemon and Barnes and Noble, however, are both up since the removal of their CEOs.

Companies have seen ample evidence in recent months that squashing employee complaints may make things better in the short term, but the long term damage is significant.  Between negative press, lawsuits and an employee exodus, it can take years to recover from egregious examples of misconduct.  Mistreated employees at apathetic companies, meanwhile, are learning that the press is a more determined investigator than their own HR department.  And an increasing number of articles online are telling employees to avoid reporting misconduct to HR entirely, or to involve a lawyer before the discussion.

Employers need to work harder than ever to counter the perception that whistleblowers will be silenced and eliminated from the company.  HR should regularly encourage reporting misconduct at all locations.  Employees should understand the protections in place for whistleblowers.  The process for handling complaints needs to be well thought out, and well executed, and reporting employees should feel that HR views them as an asset and not a risk.  Otherwise, employees will save their complaints for the one type of investigator that always seems to get the whole story eventually – a member of the press.

To learn how CMTS:HR can help your company improve its investigation process, call us at 855-636-5361 or email us at Team_CMTSHR@CMTSHR.com.