Since 1990, the Governmental Accountability Office (GAO) has published its “High Risk List”.  And HR hasn’t managed to escape its scrutiny even once since 2001.  The 2017 report lists Strategic Human Capital management as an area for concern for the 17th year in a row – will the 2019 report (scheduled for release next month) do the same? 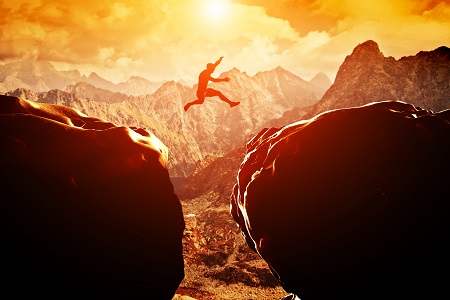 Despite the scary name, the High Risk List isn’t a measure of how dangerous a job or function is.  It’s a list of federal government functions that fit one of these two criteria:

In the case of Strategic Human Capital Management, the challenge is simple to explain but incredibly difficult to fix.  In many federal agencies, there’s a large gap between the collective skillsets of the agency’s employees and the skillsets needed for the agency to be successful.  For a half-dozen job titles, the skill gaps exist across nearly all government agencies.

Problem Within a Problem

Problems often feed on themselves, and this one is no exception.  One of the six job titles with a shortage throughout the government is Human Resources Specialist.  Of course, any plan to address skills gaps will require hard work from HR specialists focused on recruitment and training.  But recruiting federal employees to fill the recruiting role is difficult in part because potential candidates know that the problems they’ll encounter have proven intractable for over 15 years.  This makes options in the private sector seem more appealing for many top-tier candidates.

Be Ready for a Repeat

While the GAO gave credit to agency leadership for its commitment to address the issue and its planning to do so, there was no credit to be given for progress. That’s because there were still no government-wide targets or goals for closing skills gaps as of 2017.  Because of this, it’s not likely that HR will leave the list of High Risk areas.

That doesn’t mean the report won’t highlight improvement in human capital management, however.  The lack of HR data analytics was a key criticism in the High Risk List report, and the Office for Personnel Management (OPM) has committed to bring technology into the federal HR space over the next five years.  And OPM identified hiring processes as a key focus, even if its goals for fixing it were non-specific and focused on ‘collaboration’ with other governmental bodies.

Hiring in the Interim

Since the General Schedule isn’t likely to be overhauled anytime soon, hiring, training and retention specialists within agencies will have to work with the system they have, not the one they deserve.  The OPM has put together resources to help hiring managers through their Hiring Excellence program, including how to design a strategy that will attract talented professionals to the job and how to use all possible hiring authorities.  There’s also a tool which lays out a “generic” hiring process, with a suggested timeframe of 80 days.  It’s not the 20-to-40 days seen for an average private-sector job, but it’s far from the worst outcome for federal hires.  With any luck, agencies will at least have success in hiring more Human Resources specialists, because there’s no amount of policy reworking that can address the lack of people to manage the hiring process!

To learn how CMTS:HR can help your team better manage employee investigations, call us at 855-636-5361 or email us at Team_CMTSHR@CMTSHR.com.