Last weekend more than 17,000 Google employees across the globe walked out of Google offices in protest of an alleged sexual misconduct coverup the company facilitated for Andy Rubin, one of its top executives.  According to the New York Times, Google determined that allegations of coerced sexual behavior against Rubin were credible.  Their response was to pay him more than $90 million to depart and praise his work on the way out. 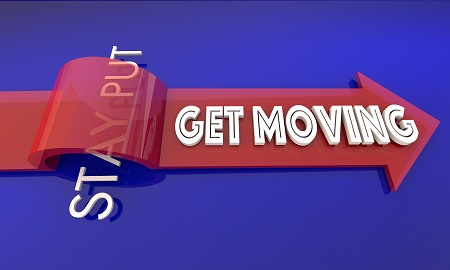 Traditionally, this is where corporate crisis management would come into play.  Google would follow the rules – acknowledge what you can legally acknowledge, admit wrongdoing, say something along the lines of “this is not who we are,” and promise to do better going forward.  They would take a beating in the short term, and the media would move to another story within days or weeks.

This time, however, something else happened.  Five outraged employees organized a walkout demanding five major governance changes at Google.  Of course, Google has one of the most tech-savvy workforces in the world, and word of the proposed walkout spread at light speed.  The New York Times reported the article on the 25th of October.  On the 1st day of November, 17,000 Google employees were literally in the streets, chastising their employer.

What followed was another week (at least) of criticism aimed at Google.  The walkout’s hashtag, #googlewalkout, was a trending topic on Twitter.  A Forbes contributor says the CEO didn’t respond well to the crisis.   Business Insider says it needs new leadership, because the current leadership looks “amoral, myopic, reckless and even incompetent.”  And this may be a perfect opportunity for several members of Congress who are anxious to deliver a blow to the company once election week is over after it decided not to show up at a Congressional hearing last month.  If this happens, it would give the story even more legs.

Whether intentional or not, this is an example of newsjacking – inserting yourself into a trending story in order to achieve your own goals.  To be sure, Google employees weren’t trying to change the topic, as is often the case with newsjacking.  But Google employees refused to allow this to just be another story about how a giant corporation (in this case, their employer) allegedly rewarded inappropriate sexual behavior to avoid a PR disaster.  Instead, they took control of the story, staging the well-publicized walkout and making public demands of their employer to make amends for its bad behavior.

It’s not that the era of crisis control is over – it’s just that the window of opportunity is becoming exceedingly narrow.  Even if you aren’t aware of situations where your company has failed to properly punish inappropriate sexual behavior, if you have more than a few hundred employees, it’s safe to assume it’s happened.

How will you figure out which employees know the truth about the allegations?  How do you display humility and compassion for your employees who were victims?  What can you promise your employees that will convince them that you care about their safety, and that you’re searching for the truth?  How do you ensure your response doesn’t seem unapologetic or self-serving?

With the speed that information travels today, you’re not going to get three days to decide how to answer these questions.  If you’re lucky, you’ll have two hours to pull a pre-built plan off the shelf and put it into action.  Make sure you have one!

To learn how CMTS:HR can help your organization better investigate allegations of workplace misconduct, call us at 855-636-5361 or email us at Team_CMTSHR@CMTSHR.com.