This week, New York’s Attorney General Eric Schneiderman resigned within hours of a story being published in the New Yorker which alleged that he physically abused four women.  Although he hasn’t been convicted (or even formally charged with a crime) yet, his immediate resignation coupled with his strange and hollow response to the story indicate there’s a substantial amount of ‘there’ there.

This story makes Schneiderman one of 211 famous people who have been accused of sexual misconduct in the last year (although some of Schneiderman’s conduct is alleged to have occurred with no sexual connotation whatsoever).  Schneiderman, however, is getting much more press than most of the others, and it’s been particularly harsh coverage. 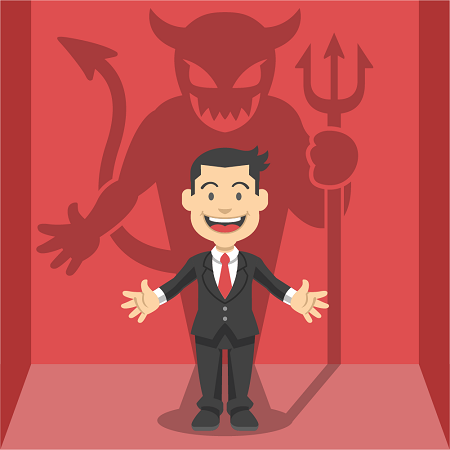 The reason for the unforgiving press is that Schneiderman was just weeks ago presenting himself as a leader in the fight against sexual harassment.  He prosecuted others accused of sexual harassment.  He praised the “bravery” of women coming forward with allegations of the same evil behavior he was guilty of demonstrating.  Nobody likes a hypocrite, and that’s exactly what it’s looking like Schneiderman is.

How does this apply to your corporate brand?  Millennials’ purchasing (and employment) decisions are as much about values as they are about value.  They want to know that the company they’re supporting is making a positive contribution to the world.  Companies are adjusting to this reality by presenting themselves as contributing positively to the lives of those around them – caring about their customers, employees, and the public at large.

This is a double-edged sword, however.  If it comes to light that employees within the company have swept illegal, unethical or immoral behavior under the rug, it risks tarnishing the company’s brand as hypocritical at its core.  People are less likely to buy from a ‘toxic’ brand, especially one that presented itself as a socially conscious one.  Even more importantly, if people can’t trust what your company says about how it treats people, can they trust anything it says?  Are your products really high quality?  Will you really honor your guarantees, warranties, or other promises?

This is why it’s absolutely critical to ‘walk the walk’ if you’re presenting your brand as having a strong alignment with corporate citizenship.  Train employees on what that means, and what it looks like.  Train managers on how their decisions can preserve or destroy years of brand-building.  Have a process in place to handle bad behavior and strongly encourage employees to report any bad behavior they witness or discover as soon as possible.

And most importantly, when you do learn about behavior that runs against the grain of the positive image you’re presenting to the world, have a process in place to deal with it quickly – because accusations of hypocrisy are quick to spread, but they are not quickly forgotten.

To learn how CMTS:HR can help your agency process and close workplace investigations more quickly, call us at 855-636-5361 or email us at Team_CMTSHR@CMTSHR.com.