Back in 2016, The Korn Ferry Institute asked 800 CEOs and other top leaders what they believe will generate profit for their companies.  According to the Wall Street Journal, two-thirds of these executives said they think technology will create greater value than their workforce in the future, and 44% think that technology advances like automation will eventually make people “largely irrelevant.”  Two-thirds of respondents said they see people as a bottom-line cost, not a top-line value generator. 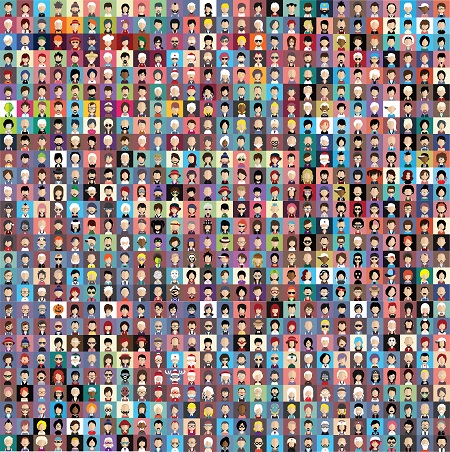 This perspective may seem totally insane to HR executives struggling to hire people in an era of four percent unemployment and jobless claims at a 48-year low, but the fact is that this survey was taken only two years ago.  And despite the “trouble” companies are having finding employees, companies in many industries may not really be trying hard enough – US average hourly earnings are only up 2.7% annually.

All of this points to the stratification of how employees are valued.  In cost-sensitive industries, where the focus is on economies of scale or best-in-class business processes that generate a lower total cost of sale, the fact is that many companies don’t value their employees as highly as their tangible assets. Many of these companies are discovering in this low-unemployment environment that they weren’t valuing employees as highly as they should have been.

In high-margin companies, employees remain, by far, the most important asset a company has.  For companies that create technology, a failure to attract and retain employees can result in the company falling behind its competitors.  And, as so many failed technology companies have discovered, once you fall far enough behind during one generation of technology, it can be extremely hard to catch back up.

In high-touch service fields, the service quality is every bit as much part of the purchase as the product itself.  A night in a Four Seasons hotel routinely goes for more than $400, but how much would that hotel stay be worth if the service quality was considered only average?

Is your company protecting its employees with the same intensity that you guard your patents, brand and physical assets?  Do your C-level executives view an investment in your employees as an investment in the company?  If not, there’s a good chance that they aren’t valuing your employees as your company’s most valuable asset – even if they believe they are.  And as so many of those executives interviewed by Korn Ferry are discovering, assets that aren’t valued generally aren’t retained.

To learn how CMTS:HR can help protect your employees, your brand and your company’s bottom line, call us at 855-636-5361 or email us at Team_CMTSHR@CMTSHR.com.