Part of the reason that HR investigations are so uncomfortable for all involved parties is that everyone has so much to lose if things go badly for them.  It’s fairly obvious that a whistleblower has much to lose if their complaint becomes public, especially if it isn’t validated by an investigation.  The subject of an investigation could lose their job, reputation and livelihood if a claim of major wrongdoing is upheld. 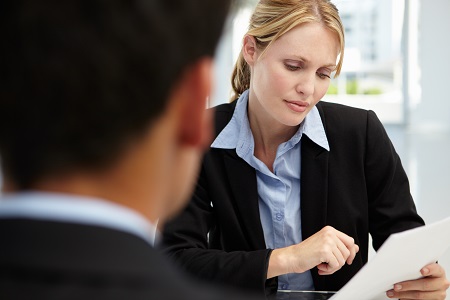 In many cases, however, getting to the truth involves cooperation from a witness that didn’t volunteer to provide information.  Witnesses have a lot to lose as well.  There’s the obvious risk – much like a whistleblower, a witness can face harassment or silent blacklisting for supporting the punishment of a powerful or popular employee if they corroborate a claim of wrongdoing and it becomes public.  There are other risks, however.

The investigation subject could be a co-worker that supports the witness’s projects or otherwise enables their success.  They could also work closely enough with the subject that co-workers will assume the witness was involved in any exposed wrongdoing, even if they weren’t.  The most knowledgeable witnesses are often the ones that are closest to the people involved in the investigation, so it’s not uncommon for any of these concerns to be relevant to a witness.

Building trust with witnesses can be difficult in these situations, but here are a few tactics that can make it more likely that a witness will do what’s right even if it will lead to uncomfortable results for them.

Provide a Private Environment – You can’t always assure a witness that their contributions will be kept confidential, but you can make them feel like you’re doing what you can to keep their participation private.

Make sure that it’s not obvious to their co-workers that they are providing information – for instance, by meeting them in a location where co-workers aren’t watching them walk directly into your office.  Also, make sure that they know you’ve taken care to conduct the interview in a place where their voice won’t be heard, and they can’t be seen talking with the investigator through a door or window.

Show Empathy – If an interviewee’s discomfort is never acknowledged, it will be an elephant in the room throughout the interview.  If it’s acknowledged upfront, it will validate those feelings.  Once these feelings are confronted and validated, it will be easier for them to address the actual questions you have.

Discussing the discomfort a witness feels in the situation also provides an opportunity to cast both the witness and yourself as two co-workers facing an uncomfortable situation. This is much better than what may be the witness’s default perspective – that of an interrogator trying to pull answers from an unwilling participant.  This emotional mirroring makes it more likely that they will answer your questions rather than dodge them.

Assure a Thorough Investigation – If the witness is close to the accused person, they will not want to feel responsible for the consequences of the investigation.  This means it’s important to let them know if you’ll be interviewing multiple witnesses, and that you will take action based on the full findings of the investigation, not just on their own contributions.  This will remove some of the burden they would otherwise feel if the accused is punished, as they can assume much of the information you gathered was provided by many witnesses, not just themselves.

To learn how CMTS-HR can help your company conduct consistently thorough HR investigations, call us at 855-636-5361 or email us at Team_CMTS-HR@cmtshr.com.