This is the first in a series of blogs on encouraging team members, co-workers and supervisors to help your team accomplish its objectives and pushing for your findings to lead to action.

Agency leaders have a mission to accomplish.  The vast majority of them have no corrupt intent – they simply want to lead an efficient workforce that makes their stakeholders happy and their administration look competent.

That doesn’t mean their goals are always aligned with those of the HR department, however. 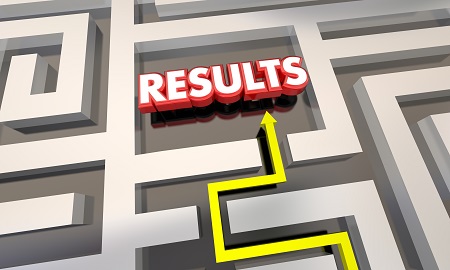 When HR investigations uncover and substantiate wrongdoing, HR personnel understand what needs to happen.  Employees need to be disciplined or fired – and if crimes were committed, they need to be referred for prosecution.  In some cases, systemic changes need to be made to ensure similar actions or crimes can’t go unnoticed in the future.

For executives trying to simultaneously fulfill their agency’s mandate and push an administrative agenda forward, these recommendations can look like (and often are) a months-long political and bureaucratic obstacle course.  Unquestionably, a major scandal can delay progress and stymie change.

Agency heads don’t necessarily raise these objections to cover-up an investigation – in many cases, they want the perpetrator out of the agency as soon as possible.  They may not want the publicity associated with a referral to prosecutors, or a proactive, public admission that the agency is dealing with a scandal.

Years after a major internal investigation, an HR department’s ability to overcome these types of objections can be the difference between an effective agency, and one that is maligned for failing to get on top of a years-long culture of corruption.

An important point to make to administrators is that the case is likely to become public at some point – it’s only a question of who is controlling the narrative.  Corruption or other major employee malfeasance is likely to land in the news and lead to uncomfortable legislative hearings.  The headlines will be much more favorable to an agency that is announcing it has uncovered the wrongdoing, however, than one who is responding to a journalist’s investigation or a whistleblower’s complaint to a prosecutor’s office.

And if journalists, legislators, or citizens can make a credible case that the agency let bad behavior go unaddressed, an independent body such as an inspectors general office, ombudsman’s office or citizens’ oversight board is likely to be formed.  These agencies reduce an agency’s ability to oversee its own affairs, precisely because citizens have lost faith in the agency to do so.

To maintain control of their agency’s destiny, leaders must be transparent with the HR department on HR investigations.  This sometimes means taking the time to address problems of misconduct, harassment and discrimination, even if they do slow down the pace of agency improvement and change.

To learn how CMTS:HR can help your HR team close investigations more quickly, call us at 855-636-5361 or email us at Team_CMTSHR@CMTSHR.com.