Whenever there are divergent accounts of potential workplace misconduct, the HR department works hard to get to the facts.  Hard evidence, such as financial account information and audio or video recordings, is gathered.  Witness accounts are collected, and their credibility is assessed.  Circumstantial evidence, such as the historical behavior of the accused and the complainant, is assembled. 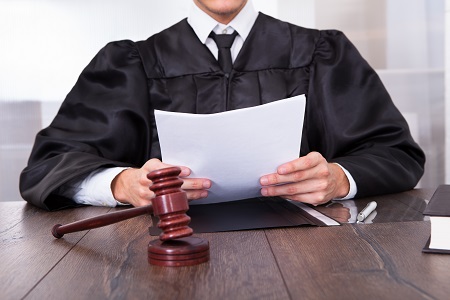 Despite all of this work, sometimes it’s not possible to know with 100% certainty what happened.  There may be little question that someone behaved improperly, for instance, but uncertainty over exactly how out-of-line their behavior was.  Your team may be certain they committed one infraction, but less clear on whether there was a historical pattern of similar behavior that never bubbled to the surface until the most recent investigation.  This can make it difficult to write a conclusive report, and even more difficult to levy discipline to the accused.  What it doesn’t mean, however, is that you should always only find them guilty of accusations that are proven beyond a doubt.

A workplace is not a court of law – unless the accused is referred for prosecution, they aren’t entitled to a jury of peers, and the investigators may not have to prove an allegation beyond the reasonable doubt standard. Depending on the jurisdiction in which they reside, employees are en­titled to a range of protections – in some cases, this may include union representation.

But while the workplace isn’t a court, the way an HR investigation was handled can land you in one!  It can also favorably or unfavorably impact your liability should either the accused or the complainant take the issue through the legal process.

In Title VII of the Civil Rights Act, for instance, the employer is liable for establishing procedures that prevent and promptly correct any sexually harassing behavior.  An investigation process that sets an unreasonably high bar for proof that sexual harassment occurred may not meet the Title VII standard, because it will rarely correct sexually harassing behavior.

If the bar for proof of bad behavior is set too low, however, it could lead to a lawsuit accusing unfair termination.  In this case, the agency would need to defend the assertion that their investigation led them to a “good-faith belief” that the employee engaged in conduct justifying the termination of their employment.  This is especially true if the investigation is later found to have come to the wrong conclusion of the facts – while being wrong doesn’t itself cause liability, it will likely lead to extra scrutiny of the investigation to ensure it wasn’t sloppy or one-sided.

The conclusion: as you pursue an HR investigation, don’t think of it as a court trial, but as an opportunity to avoid one while protecting your employees.  Make sure you’re doing your best to play it down the middle, and  that you’re following the same proven process for each similar investigation your agency conducts.  Most importantly of all, know that you’ll almost never have the certainty to establish every assertion as fact or fiction – and don’t let the perfect be the enemy of the good.

To learn more about how CMTS:HR can help you improve your investigations process, call us at 855-636-5361 or email us at Team_CMTSHR@CMTSHR.com.