Over the past 20 years, Carlos Ghosn has become one of the most successful executives in automotive history.  In 1999, as CEO of European car company Renault, Ghosn helped rescue Nissan, orchestrating a two-way stock trade that left Renault owning 44.4% of Nissan.  With Ghosn at the helm in 2017, Nissan acquired a controlling interest in Mitsubishi, pulling all three companies together as “The Alliance”.  At this point, he’s turned around so many companies that his nickname is Mr. Fix It. 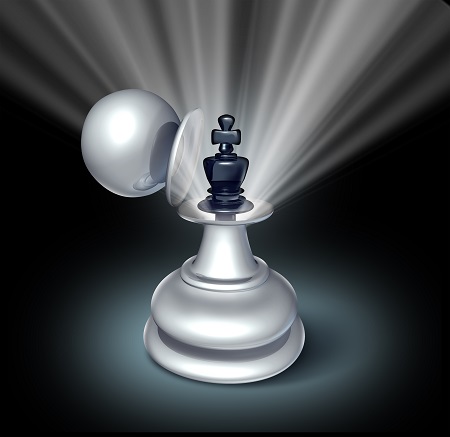 However, Mr. Fix It is currently sitting in a Japanese prison, and nobody is sure what will happen to The Alliance or any of the three companies in it.

Carlos Ghosn is the perfect example of the Brilliant Autocrat – the person whose reputation is so pristine that they quickly vacuum up all of the power in any situation they encounter.  And like most autocrats, he wasn’t afraid to use that power.  This is a problem: if nobody in an organization can question someone’s decisions, some really bad ones are inevitable.  But what happens when a benevolent autocrat becomes less benevolent over time?

It’s not entirely clear why Ghosn is in prison, but it’s beginning to look like it may be fraud.  It emerged on Thursday that he has admitted to signing papers acknowledging underreporting his pay to tax authorities.   There’s likely a lot more to it than tax fraud however – much of Nissan’s executive team resented his power over the company and they’ve pursued an internal investigation against him after suspecting wrongdoing.

In fact, there’s plenty of resentment to go around The Alliance.  The problem was that it never really was an alliance – it was three independent companies who were forced to work together by a person with enough clout to make that their reality.  With Ghosn gone, there’s nobody to mediate the disputes between the companies.  There’s also nobody to prevent the mutually destructive sniping that’s already taking place.  These companies’ fates are tied together – through ownership, shared platforms, and more – and that fate was wholly driven by a single individual.

How many people would have to be unable to work at your company before it was in jeopardy of collapsing.  Is there a plan in place to deal with a long-term absence of the CEO and/or CFO?  Do key players know their responsibilities in this situation?  Would front-line employees trust the company’s stability long enough to hang around and help see the company through the crisis?

While this seems like a problem that small companies would have, large companies aren’t immune from it.  A now-dated Forbes article pointed out as much a decade ago, when two banks lost their CEOs and didn’t have a plan in place to deal with it.  This challenge is especially true with founder-led companies.  We already know what the Weinstein company looks like without Harvey Weinstein.  What would Tesla look like without Elon Musk?  Amazon without Jeff Bezos?  Bloomberg without Michael Bloomberg?

Now is the time to ensure your company has a succession plan in place, that it’s updated, and that there is a process that includes regular review. There is way too much at stake to take any chances.

To learn how CMTS:HR can help improve your HR investigations process, call us at 919-779-0954 or email us at Team_CMTSHR@CMTSHR.com.