Did you know that people with average IQs outperform those with the highest IQs 70% of the time at work?  Human Resources professionals know better than most people that it takes much more than raw intelligence to succeed in the workplace.  Top agency executives are referred to as the agency’s leadership for a reason – their primary job is to lead teams of people towards success.  Leading a team takes much more than intellect; it requires focus, drive, and above all, it requires people skills.  It requires emotional intelligence (EQ). 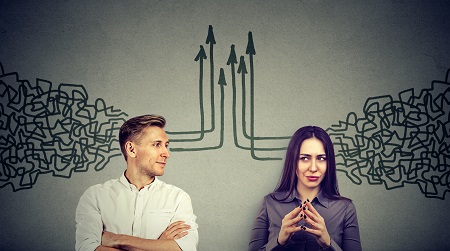 It’s easy to understand how some traits of high-EQ people lead to better results.  People won’t respect you as a leader unless they believe you respect them, so it’s important to demonstrate empathy and think about how your words and actions will affect others.  And if you don’t take the time to help employees when they really need it, they aren’t going to take the time to help you when your success depends on it.

But these same traits have another important advantage – high-EQ individuals are far less likely to take abusive actions that lead to investigations, reputation damage, and high turnover.  People who understand the damage that their words can cause, and who empathize with others, are far less likely to be verbally abusive.  People who understand the value of being able to count on the future help of co-workers aren’t going to burn their bridges.  And people who can control their emotions are less likely to lash out when they’re under stress or criticized.

All of this is a good reminder to prioritize emotional intelligence when hiring, especially in high-level jobs where success is critical.  If an executive comes into your organization with a low EQ, they’re unlikely to increase it over time – coaching works but requires tremendous dedication, and few adults are successful at increasing their EQ significantly.  There are no employees who are worth the long-term reputational damage that comes with harassment, bullying, and discriminatory actions.

To learn how CMTS can help you better manage your workplace investigations, call us at 855-636-5361 or email us at Team_CMTSHR@CMTSHR.com.