On June 21st, Intel CEO Brian Krzanich was forced out of the company due to an affair with an employee.  While it could be argued there were plenty of other reasons to let Krzanich go (major product delays, processor security holes, and general stagnation in its core product areas, to name a few) the reality is that Intel wasn’t prepared to let Krzanich go.  Here are three problems the company faces now, all of which are lessons for other companies. 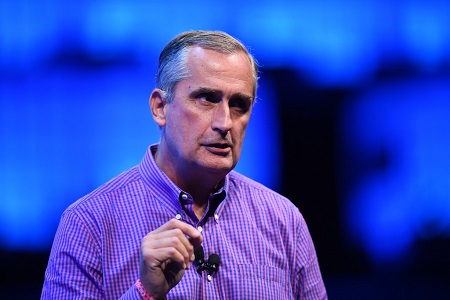 Krzanich scared off potential successors. According to an Intel expert, Krzanich understood who his potential competitors were in the company, and did his best to get rid of them.  From an HR perspective, this shouldn’t be allowed, both because it’s not an ethical thing to allow and also because it makes succession planning impossible.  This is exactly the type of behavior that should be investigated, corroborated, and punished.  With his sudden departure, there are no obvious candidates inside the company to rise to the position of CEO.

Krzanich showed a lack of respect and confidence in Intel’s workforce. Before Krzanich was fired, he did two things which demonstrated a lack of camaraderie, which is critical as a company leader.  First, he laid off thousands of employees around the same time he gave himself a $3.4 million raise.  Second, during a particularly challenging period in late 2017, Krzanich sold as much of the company’s stock as he could legally sell, effectively broadcasting to employees that he had no faith in the company’s performance.  These morale-deleting actions are going to make it even harder for the next CEO to earn the trust and confidence of Intel’s workforce.

Krzanich got away with his improper relationships for years.  Intel did all of the right things once it learned of the affair; it relied on both internal and external resources to handle an investigation of a senior level official, and quickly delivered the same punishment they would have for any other employee.  Unfortunately, it didn’t learn about the relationship until years after it had happened, even in an environment where employees are required to report such behavior.  Was the entire company in the dark about the relationship for all of this time?  That’s unlikely.

Why was this relationship unreported for so long?  Were employees scared to report it?  Did they feel like the report wouldn’t lead to any punishment?  Whatever the reason, there’s plenty of soul-searching that Intel’s HR team and Board of Directors need to do to figure out how they were so far down the list of those in the know.

To learn how CMTS can help your company better manage HR and workplace investigations, call us at 855-636-5361 or email us at Team_CMTSHR@CMTSHR.com.